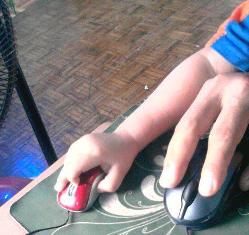 The left toe of Tial Thang’s wrestling shoe is held together by several sweeps of white athletic tape. The soles are so worn down, they are bald and discolored. Socks peek through the black shoe material around his… 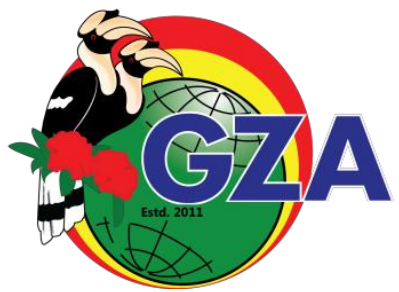 A maid's Life in Singapore

Most of maid agency and employer in Asia country (especially Singapore, Malaysia, etc..)  did not see the maid as normal human being . They treat them as just a simple slave….they keep them even lower then their pets in house.

They don’t see maid as professional worker / house assistance. No respect even just as normal human being.

They need helping hands of the maids but they kept/treat maid as disgusting people in house…so let them eat in toilet/bathroom,…

We, the undersigned members of the Asia Pacific Refugee Rights Network, are deeply concerned about the deportation of Ka Yang, a Lao Hmong recognized as a refugee by the UN High Commissioner for Refugees
(UNHCR). Ka Yang was deported from the Immigration Detention Center in Bangkok to Lao border on 17 December 2011.

PUTRAJAYA: The recent tragedy near Indonesian waters involving a boat full of migrants heading for Australia shows the issue needs to be dealt with urgently by countries in the region.

“It is a critical issue that needed a regional solution,” Deputy HomeAffairs Minister Datuk Wira Abu Seman Yusop said in a statement…

Dozens of bags filled with toys were delivered to a Burmese refugee learning centre in Kuala Lumpur by a videographer-turned-Santa Claus from Malaysiakini yesterday.

Maran Perianen, project director at Malaysiakini's citizen journalism programme, who doubled as Santa Claus for the first time in his life, described the event as "a joyous moment".

"I have seen Santa dishing out presents…

When Lucia Marry Marry failed her first driving test in Australia the 37-year-old Myanmar refugee was not too disappointed - to her, it is enough she can take the exam.

Nor is she worried about the dangers of driving on busy city roads, a sight unseen in her homeland, formerly known as Burma, where walking was generally the only form of transport for the mother-of-three.

"No. I'm not scared. I'm happy because I like driving," she says from…

HOTEL ARMADA Petaling Jaya paid a visit to a community of Myanmar Chin refugees who are currently living at a rundown flat in Cheras, Kuala Lumpur.

The visit from the hotel’s staff was to shed some “festive light” while spreading Christmas cheer and joy to the refugees who have to live on the margins of society most of the time.

With the majority of the Myanmar Chins being Christians, it is also an early Christmas celebration for them.

Having left Myanmar to flee…

Nonprofit has helped settle immigrants from Myanmar, Nepal, Sudan, Iraq, Somalia and beyond

Students Abdurahman Juma, from left, Lu Reh, Tuang Sian Khai and Malka Arbab work together in an advanced English class at RefugeeOne. Juma and Arbab are from Sudan, Reh and Khai are from Myanmar. (Heather Charles, Chicago Tribune / December 15, 2011)…

No Child, Woman or Refugee Left Behind

The following is a shared post with the social enterprise alliance blog.

After talking with Mike Del Ponte of… The international human rights movement was strengthened when the United Nations General Assembly adopted of the Universal Declaration of Human Rights (UDHR) on 10 December 1948. Drafted as ‘a common standard of achievement for all peoples and nations', the Declaration for the first time in human history spell out basic civil, political, economic, social and cultural rights that all human beings should enjoy. It has over time been…

What are human rights?

Human rights are rights inherent to all human beings, whatever our nationality, place of residence, sex, national or ethnic origin, colour, religion, language, or any other status. We are all equally entitled to our human rights without discrimination. These rights are all interrelated, interdependent and indivisible.

Universal human rights are often expressed and guaranteed by law, in the forms of treaties, customary international law , general…