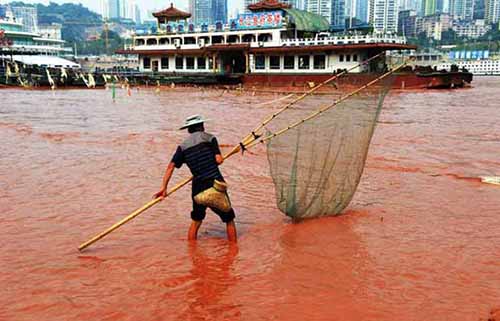 The event below happened the day after the 2012 Yunnan Province earthquakes - leaving at least 89 people dead and 800 injured, at least 201,000 people displaced, and more than 20,000 houses damaged or destroyed. Are these events connected?

Religion (Angels) - and the Moses storyline - are myths linked to aliens created by the hologram. Therefore is this another sign of closure or is there a physical reason the Yangtzeturned red Friday? The Yangtze is called the "Golden Course" or "Golden Waterway" which takes us to alchemy.

Book of Revelation: "And the third angel poured out his vial upon the rivers and fountains of waters; and they became blood. And I heard the angel of the waters say, Thou art righteous, O Lord, which art, and wast, and shalt be, because thou hast judged thus."

The first plague was blood. God instructed Moses to tell Aaron to raise his rod over the river Nile; all of its water turned into blood. As a result of the blood, the fish of the Nile died, filling Egypt with an awful stench. Other water resources used by the Egyptians were turned to blood as well (7:19). Pharaoh's sorcerers demonstrated that they too could turn water into blood, and Pharaoh therefore made no concession to Moses' demands.

A stretch of China's longest river has abruptly turned the color of...   Live Science - September 7, 2012 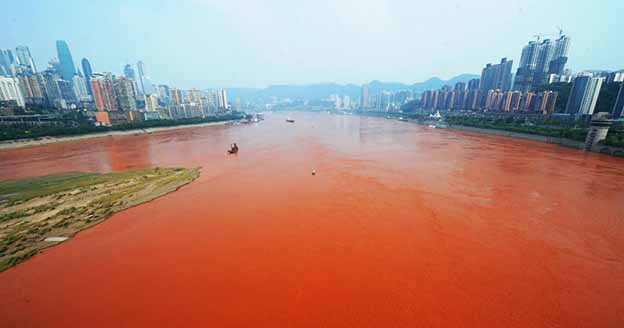 Residents of the southwestern city of Chongqing first noticed that the Yangtze River, called the "golden waterway," had a spreading stain on its reputation. Though the bright-red water was concentrated around Chongqing, Southwest China's largest industrial center, it was also reported at several other points along the river. 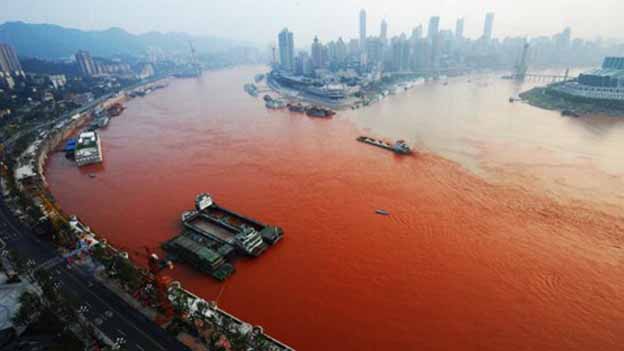 For a river known as the 'golden watercourse,' red is a strange color to see. Yet that's the shade turning up in the Yangtze River and officials have no idea why. The red began appearing in the Yangtze, the longest and largest river in China and the third longest river in the world, yesterday near the city of Chongquing, where the Yangtze connects to the Jialin River. The Yangtze, called golden because of the heavy rainfall it receives year-round, runs through Chongqing, Southwest China's largest industrial and commercial center, also known as the 'mountain city' because of the hills and peaks upon which its many buildings and factories stand. 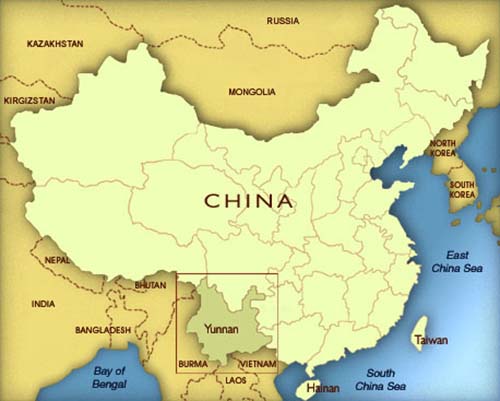 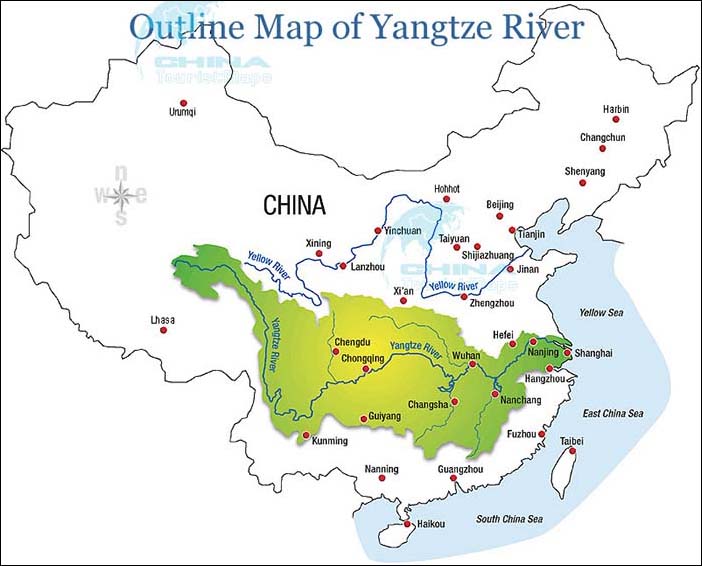