Arise and Shine - "Arise, shine, for thy light is come, the glory of the Lord comes upon you And behold, darkness covers the earth and darkness the peoples, but the Lord is shining on you, His glory appears over you "(Isaiah 60:1-2) 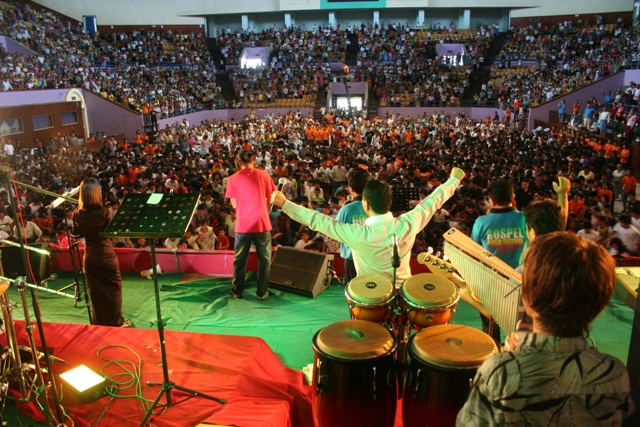 From October 11 to 21, 2011 Trin was with a team in Myanmar for a three-day Gospel Music Festival at the National Stadium in Yangon Thuwanna. The festival was a continuation of the first Gospel Music Festival at the Myanmar Convention Centre in November 2010. Three days were about 8000 Burmese from Yangon and surroundings together to meet Jesus. Here is a brief report on this campaign trip.

The trip began with a special training session for leaders of churches and congregations in Yangon. This training was given by Daniel Renger. The present leaders were encouraged and taught in an inspiring way. There was much faith in what God was doing the next day!

The next day was the day: The Gospel Music Festival started! When we arrived at the stadium was a chorus of 500 members to worship God. This choir consisted of youth from different churches and denominations. Where previously little contact between churches, is now in full cooperation between churches. This is a special fruit of the Gospel Music Festival.Christians join hands and look less to the differences.

The festival was opened by the Minister of National Races Affairs and Minister of Social Affairs. The latter read a statement on behalf of the government claiming that the government expressly consents to this festival, a festival to worship God. It had never occurred. As for the organizing committee was a breakthrough for the Christian faith in Myanmar.

During the three day festival spoke Mattheus van der Steen and Philip Mantofa (Indonesia). Sunday morning in January said Sjoerd Pasterkamp. All of them had a poignant message on the theme "Arise and Shine! "To Isaiah 60. The people responded en masse to call your life to Jesus, freedom to receive and to be filled with the Holy Spirit. The hunger for God was palpable, a desire to meet Him and through Him to be touched was palpable. Many people were touched by God's power.

The last day Mattheus van der Steen spoke specifically those aged between 10 and 20 years on, their lives completely to God to consecrate. Over 900 people responded and came forward. When Matthew van der Steen and Philip Mantofa prayed for them, God's Spirit came over the young. Many of them were thus overwhelmed and fell back. There was much crying and called to God. This was very impressive. The festival ended with a great celebration. Thousands of people - young and old - sang and danced for their Savior, Jesus Christ. 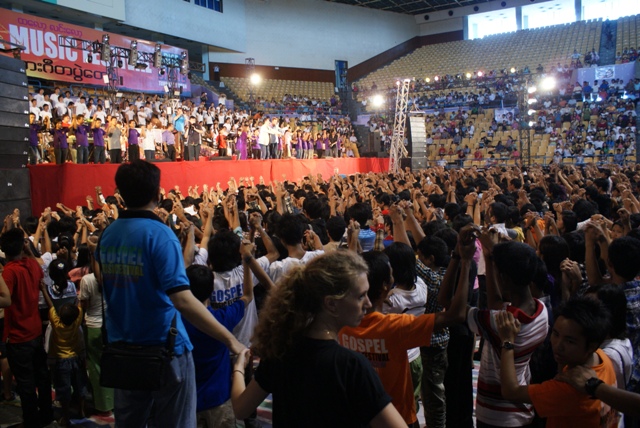 The day after the festival, the team flew to the north of Myanmar. In the city Kalaymyo we held a festival for people from the area. Despite the heavy rains came here more than 1000 people at it. Again, God was noticeably present and many were touched by his power. Besides the festival, we also visited four orphanages and a mission school. We were with the children sing, play, and often hand out stuff we could pray for them. A moving time!

The last day we flew back to Yangon. Here we visited the orphanage and the Bible from Pastor Philip Thang. The orphanage is sponsored by Project Hero. Some team members are parents of sponsored children in this home. This was a special meeting!

Looking back on this trip were again very impressed by what God is doing in Myanmar. Compared to one year earlier, has been more openness and Christians have the space and freedom to express their faith. Where it previously was not possible outside the church walls to come together as Christians, during these three days were over 8000 people gather to worship God. It was a representation of the present government and the national television. Christians in Myanmar join forces for their nation! We are very grateful if Trin that we may be involved. This is God's work. To Him all the glory!